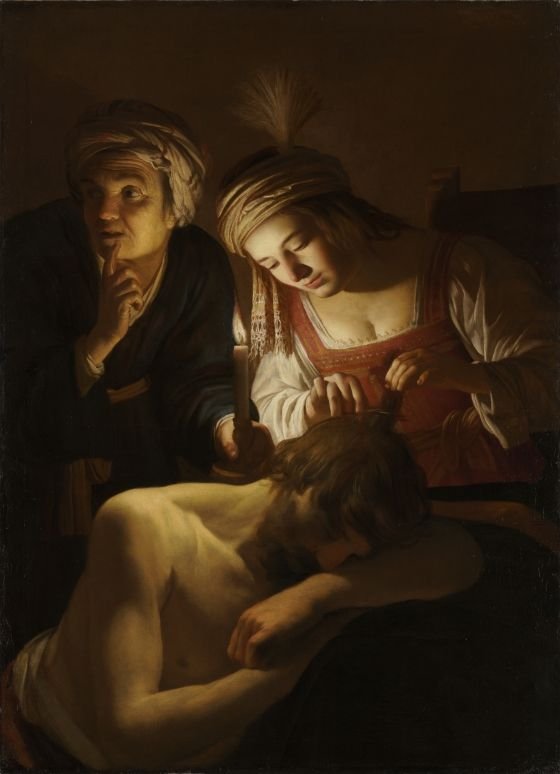 So who is Delilah? And why am I inspired by Her Story?

One of the most interesting features of the Delilah story is the inadvertent acknowledgement that brute force often isn’t the most effective way to win.

The story of Samson and Delilah features in the Book of Judges in the Old Testament. The story goes that the Philistines paid Delilah a sum of money to find out what the secret source of Samson’s strength was. She asked him four times in different ways and, after suggesting that he did not trust her, on the fourth time of asking he told her that the key to his strength was his long hair. Whilst Samson slept she has a servant cut off his hair and delivers him, weak, into the hands of the Philistines.

Interestingly Delilah stands out from other women mentioned in the Bible as she appears to be entirely independent, she is not defined by a relationship with a man, but the power she exerts over men.

Melisa Jackson suggests that “To dismiss Delilah as a treacherous whore is too simplistic and a misrepresentation of the text... Her society can be faulted for limiting her to this type of power, but faulting Delilah for using it is unjustified. ".

The word ‘Delilah’ has become synonymous with a treacherous woman, but Delilah’s use of feminine cunning, combined with her dispassionate approach to the job shows her to be a complex, resourceful and bold woman.

Comedy and Feminist Interpretation of the Hebrew Bible: A Subversive Collection, Melissa Jackson