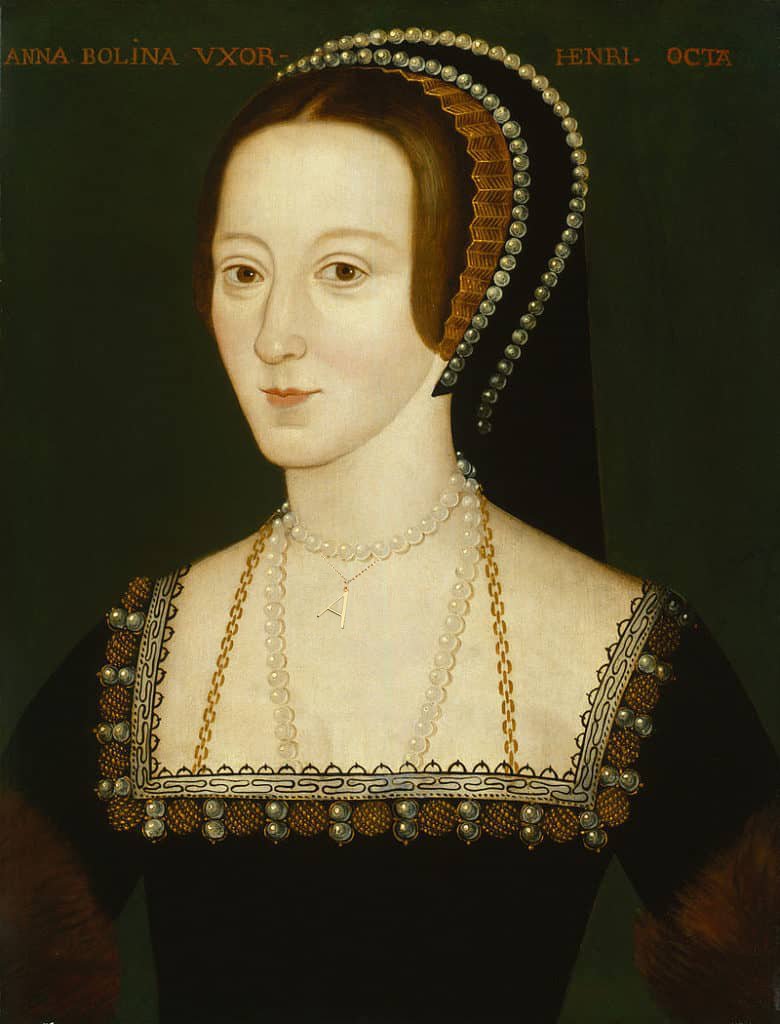 So who is Anne Boleyn? And why am I inspired by Her Story?

Anne Boleyn was born 1501 or 1507 - there is question over which one as the birth of girls during this period was not always documented.

The daughter of Thomas Boleyn and Lady Elizabeth Howard Anne was one of three with an older sister, Mary and younger brother George. Anne was sent away to the the court of the Netherlands at a young age to be educated.

By all accounts she was an educated, intelligent and opinionated woman with great charm and charisma. When she returned to England her continental manners and French dress sense caused quite a stir. She seems to have been very headstrong and determined, apparently arranging her own betrothal to Henry Percy, who was the most eligible man in the English court at the time. Sadly the match was not endorsed by Henry Percy’s father who had the betrothal annulled.

Henry VIII became infatuated with her - whether or not she felt the same way about is something that academics argue about. It’s hard to determine as obviously Henry’s absolute power meant that saying ‘No’ wasn't really an option.

It took 7 years and a split from the Catholic Church, but once Queen, Anne thew herself into politics and reform. She was a formidable political operator who was integral to the the discussion of how the poor and less fortunate should be treated in England. Among other crusades she spearheaded The Poor Law which would have seen less fortunate subjects gain access to free healthcare and jobs (sound familiar?) had it been passed by parliament.

It seems that her political power, weight and sheer strength meant that she made many enemies at court including Thomas Cromwell who began to plot to have her removed.

Anne Boleyn will always be a decisive character. In her simplest form a cruel husband stealer, who was so hungry for power that she went so far as to a split religion and failed to provide Henry VIII with an heir. But, like most powerful women from history, this simplistic view really does do her a disservice.

My view of her is that she was a shrewd political operator and true visionary for her time.

Life and Death of Anne Boleyn, by Eric Ives

The Other Boleyn Girl, Philippa Gregory